The vow of poverty is a commitment to a lifestyle marked by simplicity and detachment from material goods as practiced by Jesus and the Apostles. It does not require one to be unhealthy or unhappy but it does require discipline and a willingness to make sacrifices. The vow of poverty can be seen as a promise to use only what we need and as a commitment to practices that are good for the human family and the earth. The vow of poverty asks us to resist the culture of accumulation and competition and to recognize that the only true source of spiritual satisfaction is our relationship to God, “from whom all blessings flow.” 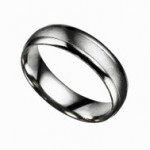 The vow of celibate chastity is not simply about refraining from marriage or abstaining from sexual activity for its own sake. We follow the example of Christ in choosing to relate to all persons as our brothers and sisters. In its positive aspect this vow is a commitment to a community and ministry rather than to a particular individual as a spouse or father. As such, the vow opens up the possibility for relationships which are not defined by our sexuality. Although celibacy brings challenges, it also liberates. 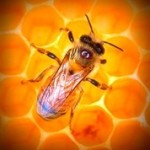 Perhaps the most misunderstood of the vows, religious obedience does not imply blind submission to authority. Instead, the vow of obedience asks us to enter into an intense relationship of listening to the voice of our Creator and responding accordingly. In fact, the word “obedience” originates from the Latin term for “listening.” In the context of a religious community, this vow asks us to engage both in personal and cooperative discernment and to remain mindful of how our decisions and actions affect our relationship to God and to each other.